When you’re in London one of the must-sees is a live EPL match, but getting tickets can be near impossible to the major games involving the ‘Big Four’ of Arsenal, Chelsea, Manchester United and Liverpool, but if you are willing to pick a lower team you can see some amazing games - not just in the Premier league but lower levels as well.

On a recent trip to London I managed to get tickets to a Fulham FC v Manchester City game while Aussie Goal Keeper legend Mark Schwarzer was playing for them. 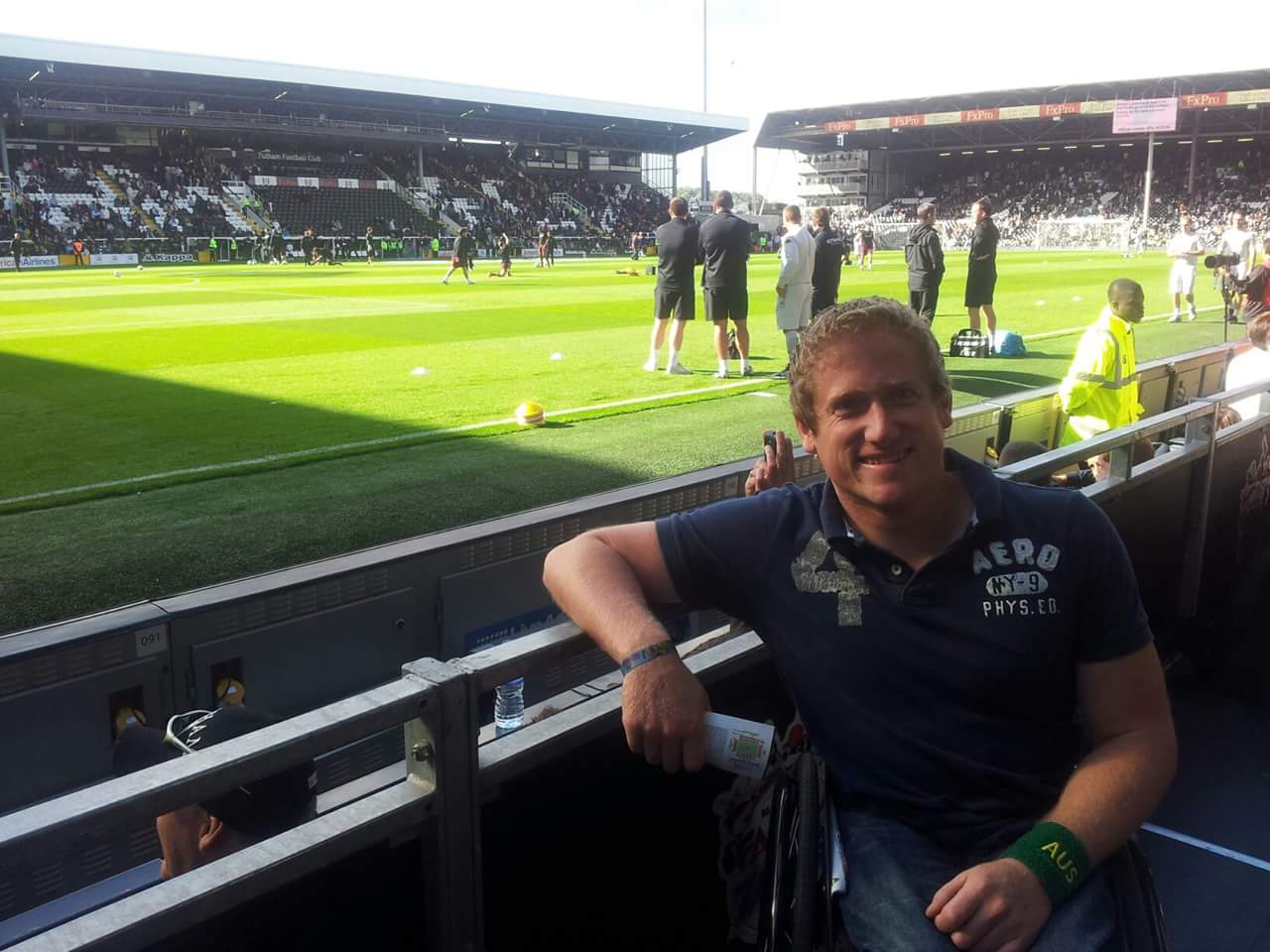 A little trick I have come across is that wheelchair users are free to attend a game but must sit in the wheelchair bays, while they are able to take a carer at low cost to the game I attended, so instead of £120 in total for both, the tickets cost just £22, which is fantastic to see elite sport.

After proving I was actually disabled with my Aussie cards we picked up the tickets early before meeting other friends for lunch pre-game. On arrival at Craven Cottage, the home of Fulham FC, we found our gate. We were amazed that it was the Cottage end where the players walk through, so we were in the same area as the players from both teams and the seats were located in the corner and so close to the action with only one row of seats in front of the wheelchair seating along the edge. We had a clear view of the game, unlike at other major stadiums with the wheelchair seating at the back of bays and often hindered with barriers and stadium walls blocking view.

Unfortunately, Fulham FC lost this game, but the end of the game was not the end of my experiences. As we went to leave, we walked pass the manager’s press conference and saw all the players coming out of the rooms.

Another helpful tip for traveling England is to buy a disabled toilet key before traveling to England. For more info on this magic key check out my blog on my website.

I hope you can get to a football game when you explore England and hopefully this blog was useful. Until next time keep searching the world for your dream.